An old story from a distant island tells us about a beautiful goddess- her honeyed beauty was so thick that every god who saw her, became attracted to her.

“Unable” to control themselves, and fearing that these scandals could destroy the ancient heavens, the gods conspired to do something about this.
So, they poisoned her, and placed her body beneath the soil,
in a far and dark and hidden place.
But her divinity was so fertile, that from her body began to grow medicinal plants that would forever benefit human kind. From her head grew the coconut, from her nose, lips and ears grew lush greens, From her hair blossomed flowering plants, from her breasts grew ripening fruit, from her arms and hands grew teak and sturdy timbre. From her genitals grew sweet honeyed sugar palm, from her thighs- various types of bamboo, and finally from her belly button- grew rice to feed her lands.

She could not be tamed.
women are – fertile.

In a series of talismans and tapestries, artist Shilo Shiv Suleman explores decolonial female sexuality of South Asia, reclaiming fertility rites of the Far East, and the sacred chambers of the female form to
be – a site of worship (unto itself, and for itself) 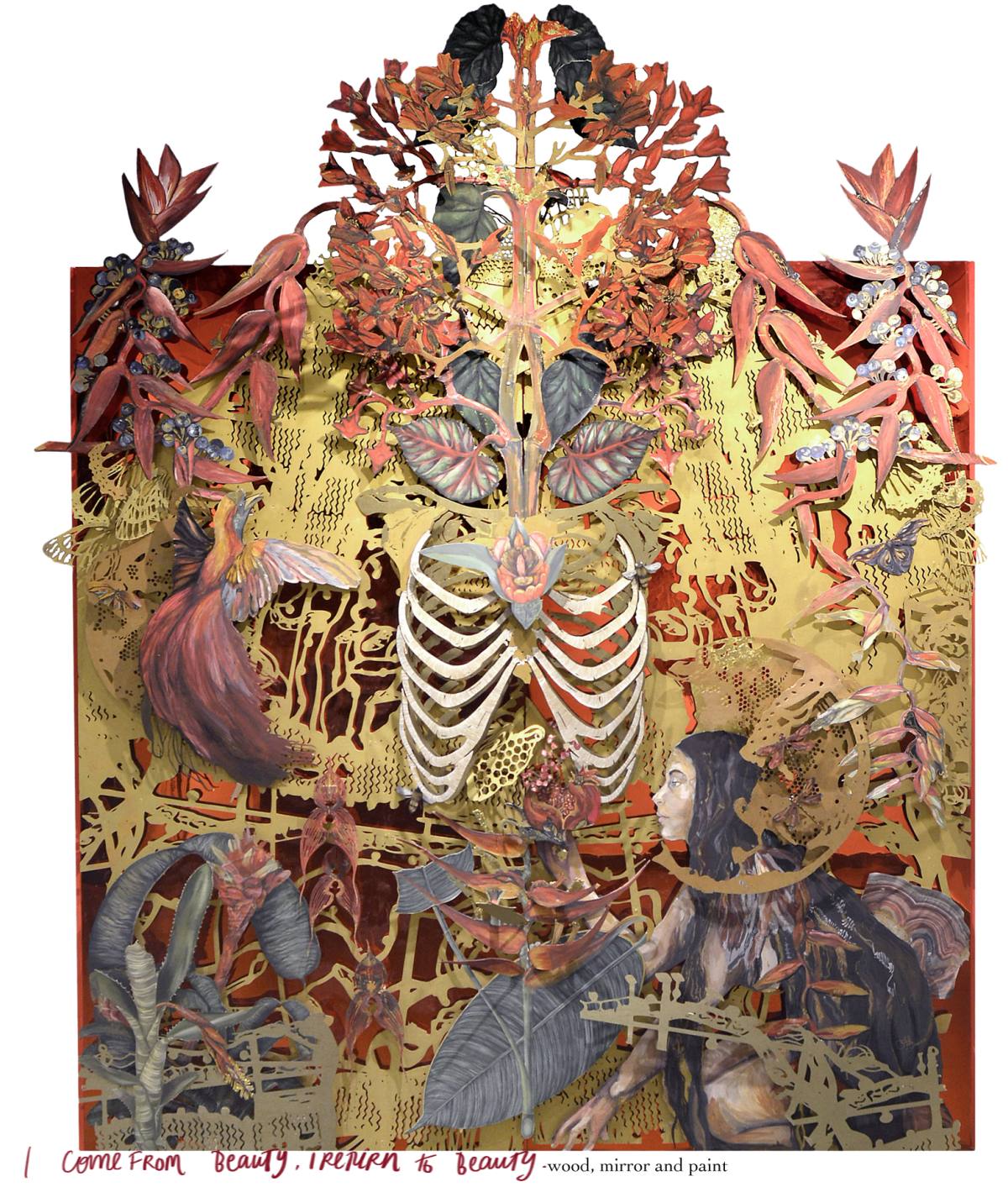 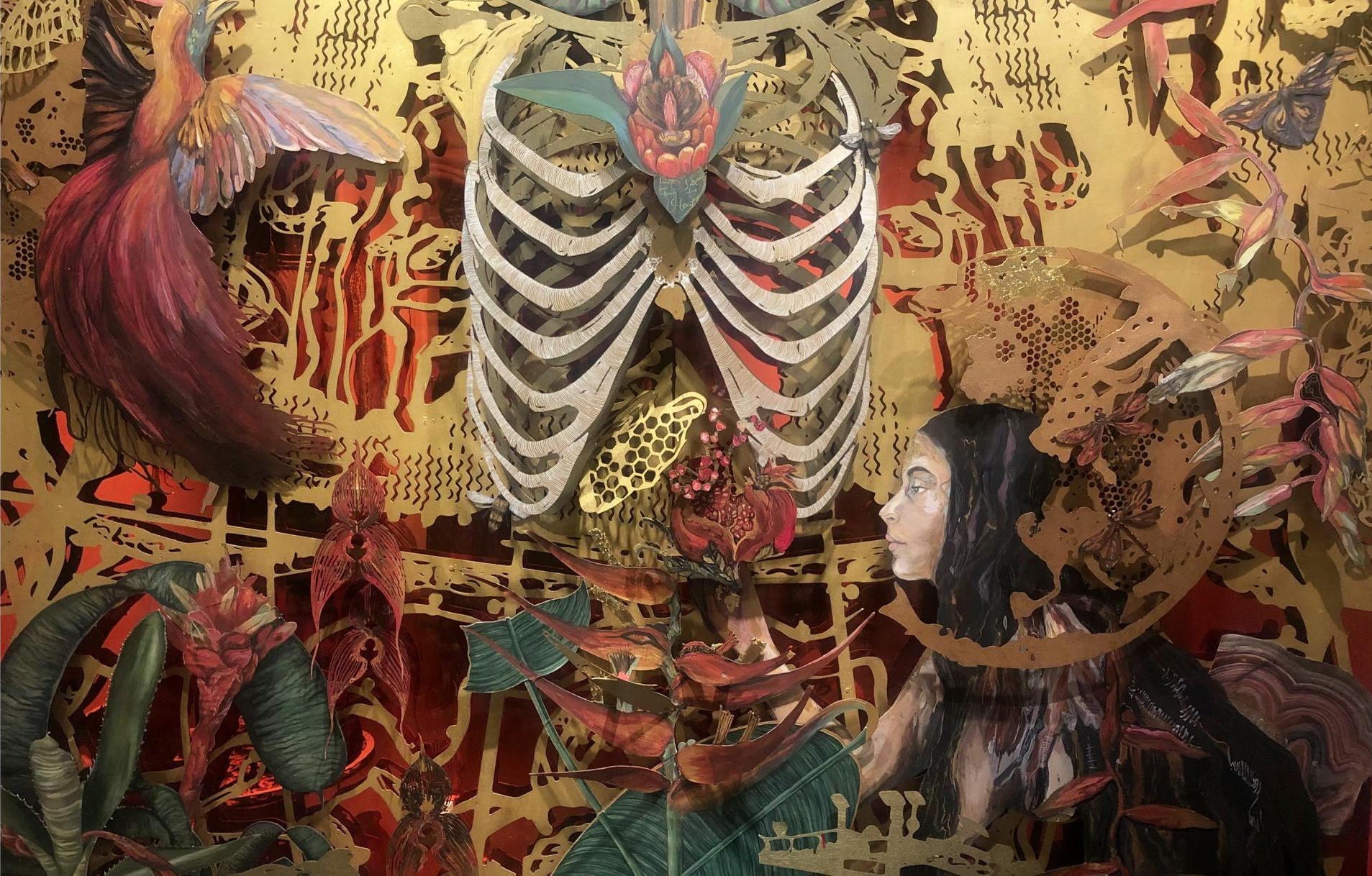 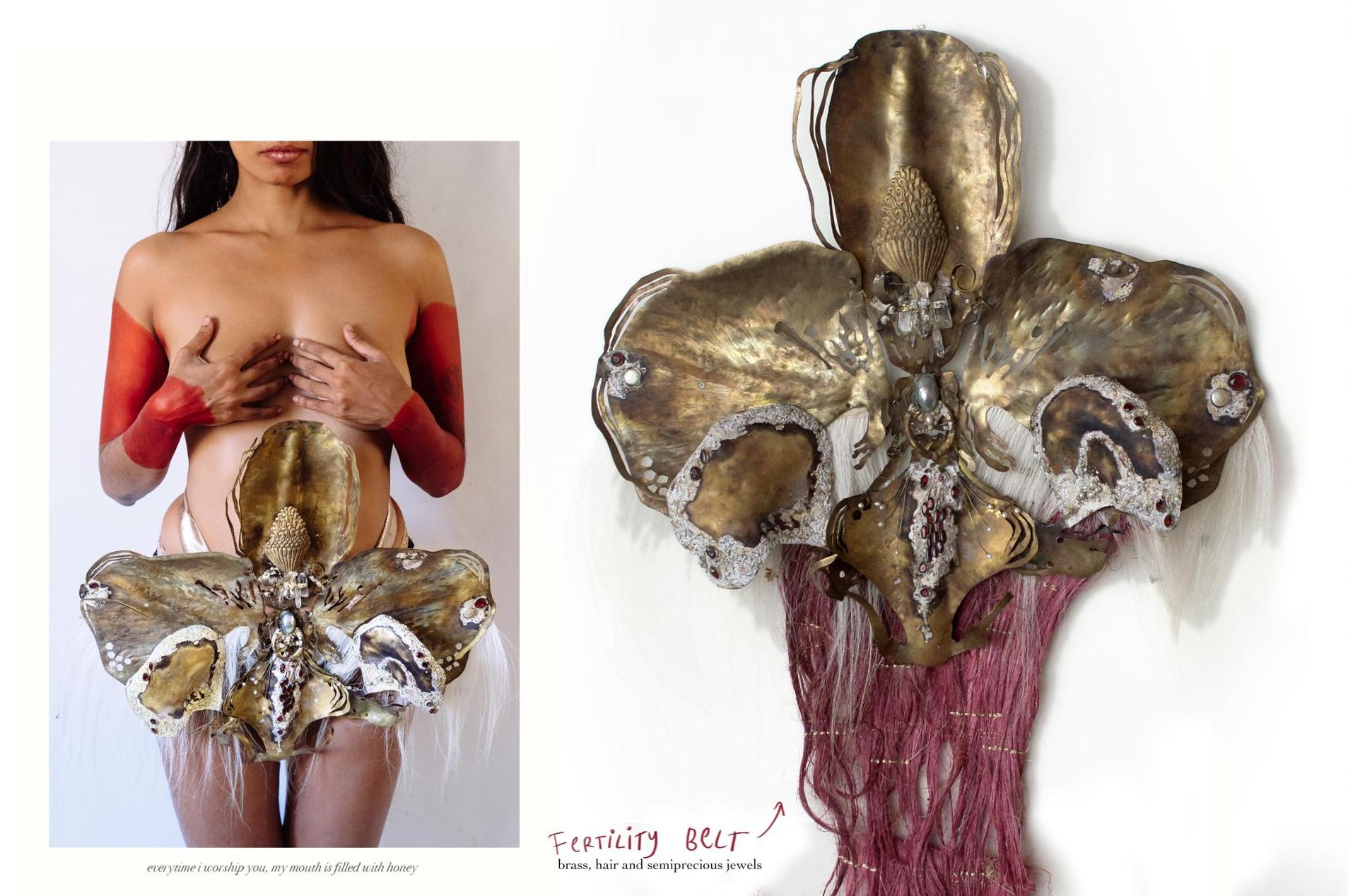 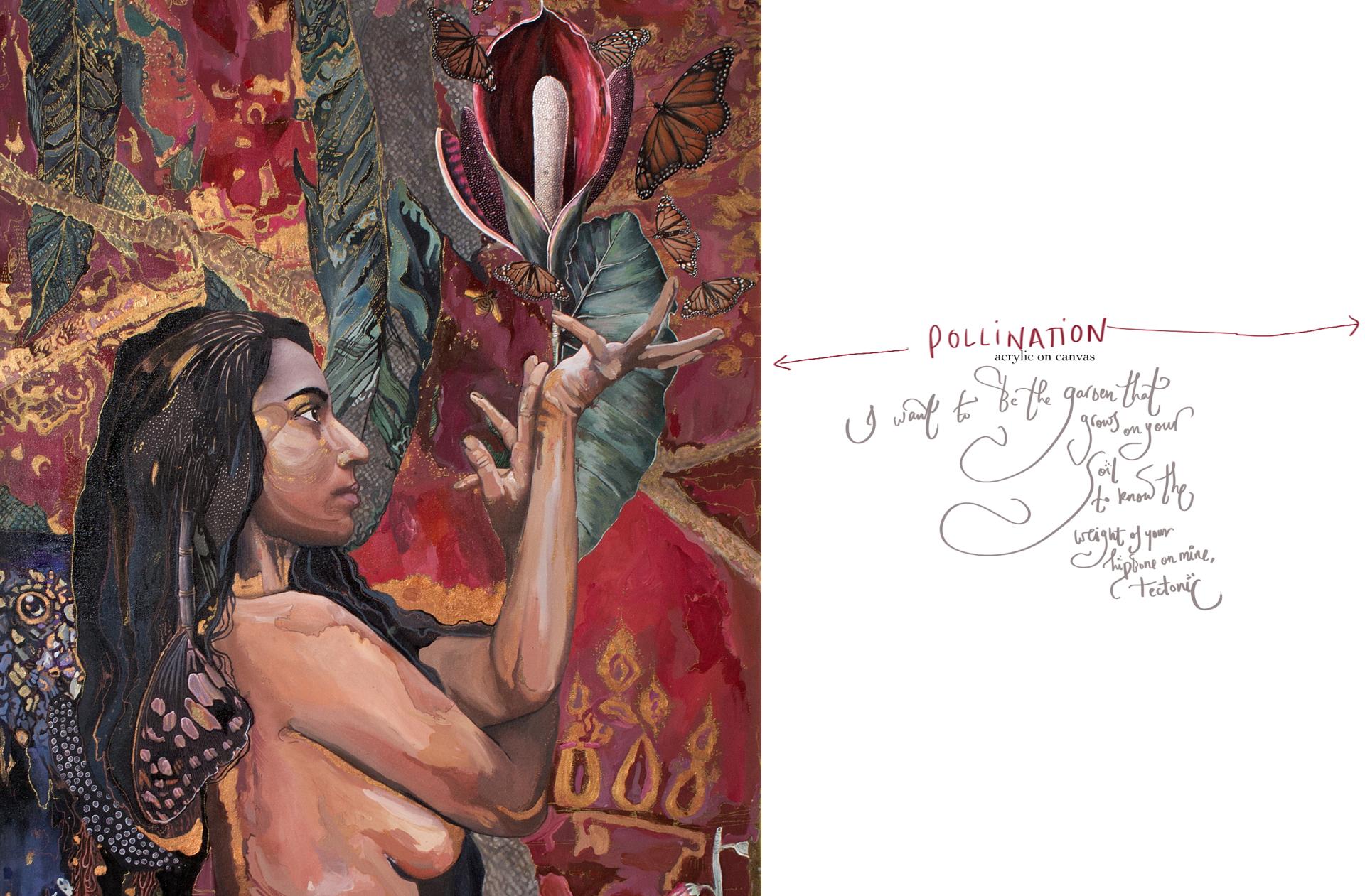 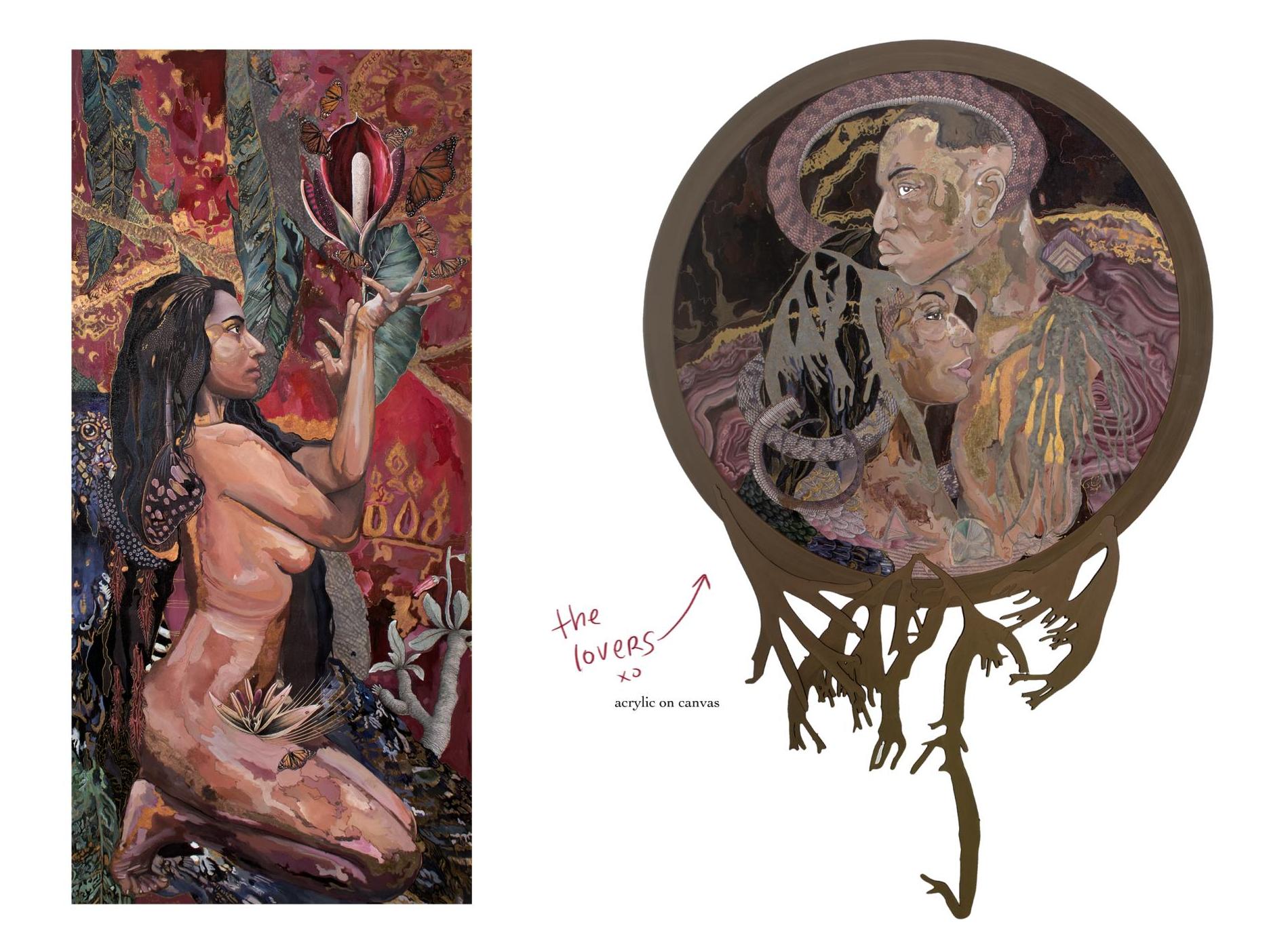 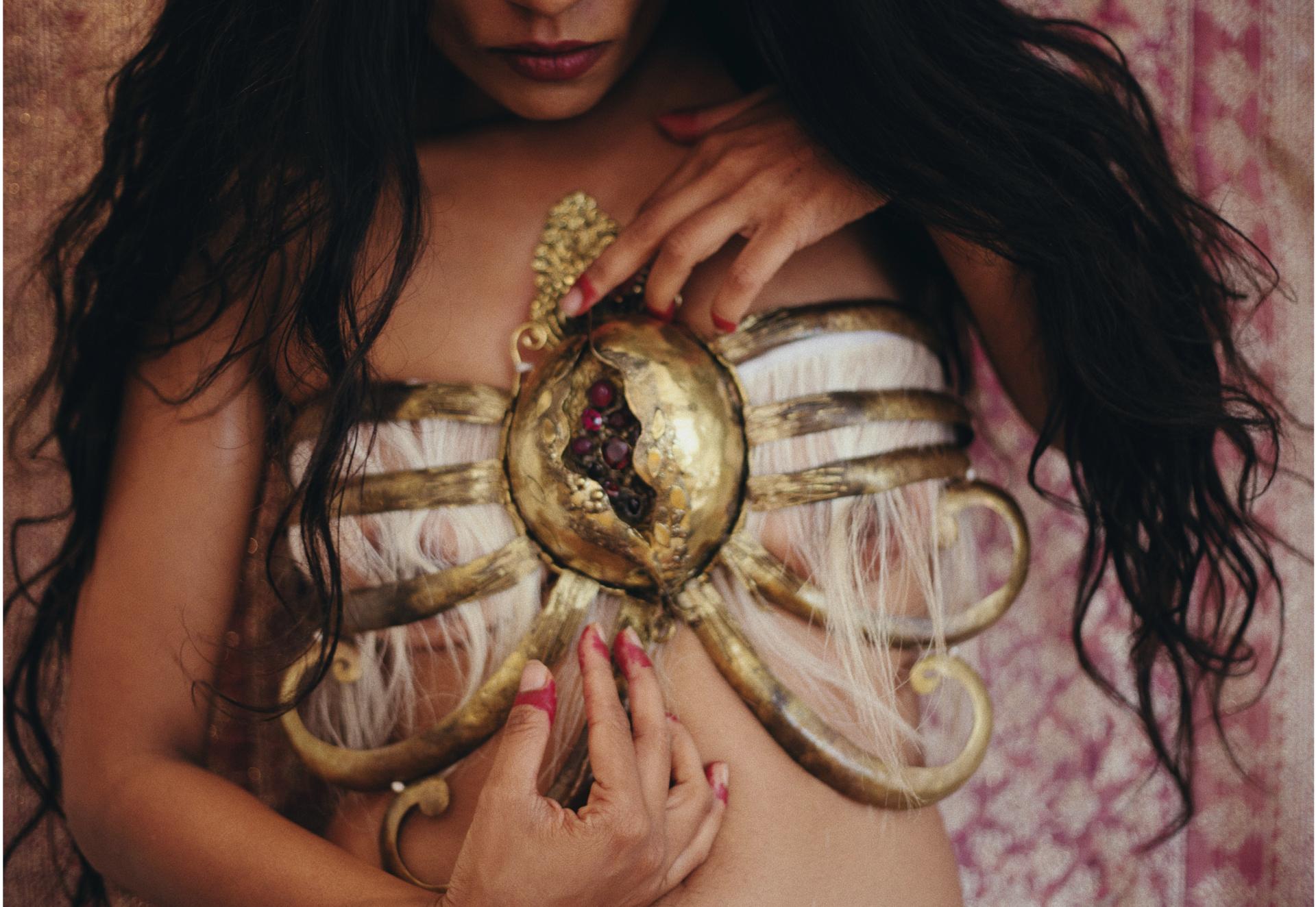 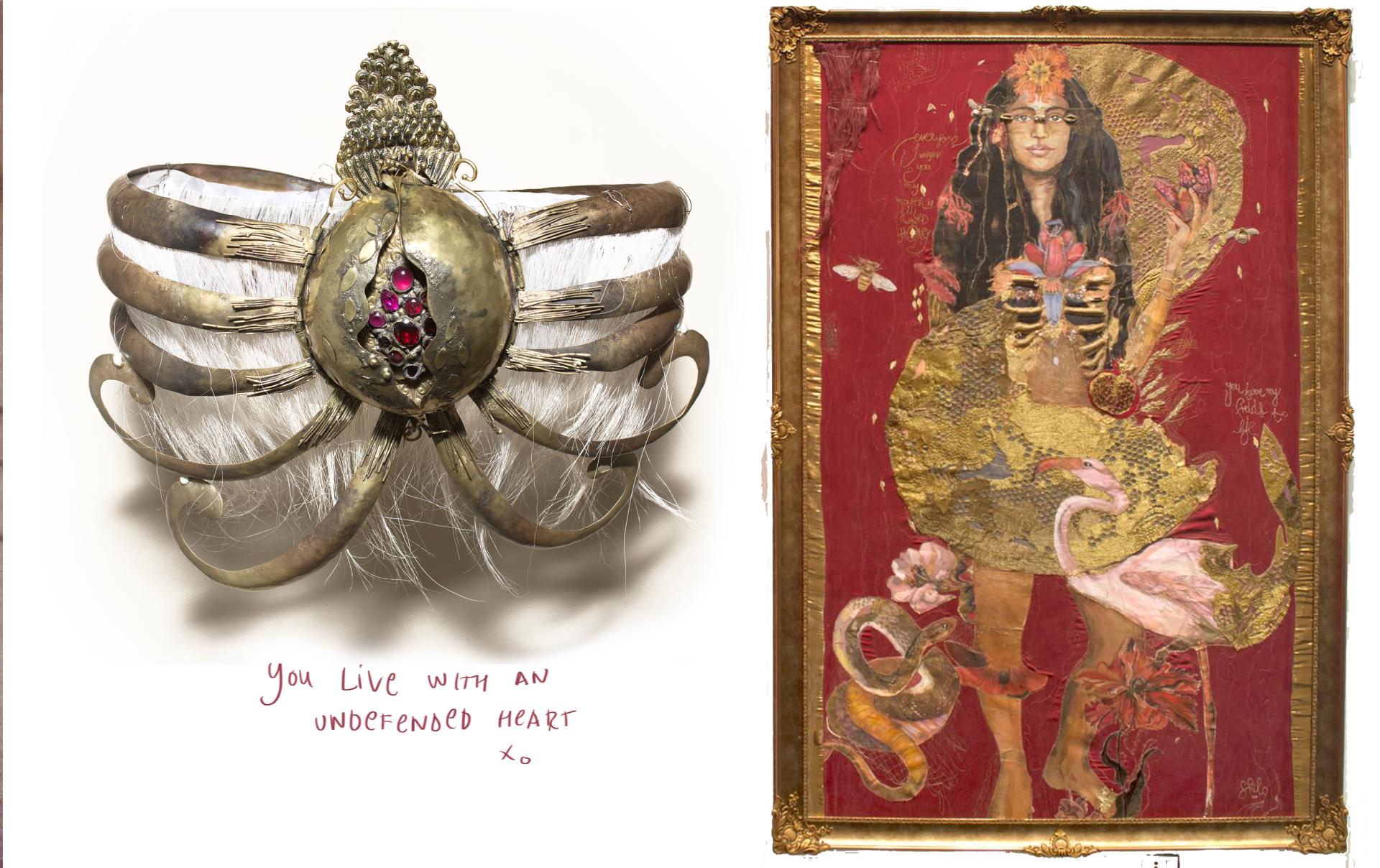